This week I was doing research on Colonel Unthank in Norwich Library’s Heritage Centre in The Forum – what a resource. And I came across something that I thought would make a quick post  before tackling my namesake.

While eating a restorative pizza on the mezzanine I noticed the molecular models decorating the lampshades in Pizza Express  (other pizza outlets are available).

Then, at the opposite end of the mezzanine I saw a photograph that explains the molecular theme.

Apart from Norwich being Paul’s birthplace the connection must be about yeast and pizza dough, no?

The yeast used in pizza, and baking in general, is baker’s yeast. But Paul Nurse worked on a different kind of yeast, fission yeast, that divides in a slightly different way.

Normally, a freshly-divided cell must grow to (at least) double its birthweight before an internal regulator allows it to divide again (double-up/halve/double-up/halve etc etc). Otherwise the result would be smaller and smaller cells that eventually disappear down their own navels. Paul was working on a mutant fission yeast that did produce abnormally small cells. In the Scottish lab’ in which he worked these small cells were called wee (wee2). 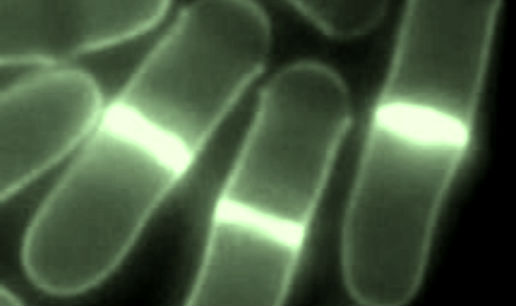 Fission yeast divide in the middle instead of budding

Paul identified the gene responsible for the premature division in fission yeast. It turned out to be synonymous with a gene that Leland Hartwell in the USA had shown to control cell division in baker’s yeast. So, the two sorts of yeast may divide differently but they share the same mechanism for initiating division.

The third character in this story is Tim Hunt. Working on sea urchin eggs he saw that one particular protein accumulated steadily during the build-up to division but suddenly disappeared when all the cells divided. This cyclic protein – unsurprisingly called cyclin – turned out to bind to the regulatory protein identified by Nurse and Hartwell. 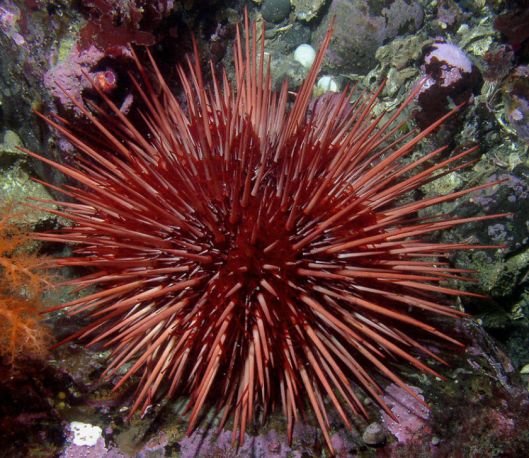 These two proteins form part of the complex that ‘tells’ a cell when it is ready to divide. This complex is found in all living things from yeast to man and when faulty plays a part in cancer.

Niçoise pizza on a gluten-free base

The 2001 Nobel Prize for Physiology or Medicine was shared three ways by Paul Nurse, Leland Hartwell and Tim Hunt.

Respect to Pizza Express for choosing such a brave theme